Lille, France – 20 May 2014 – DelfMEMS has announced the appointment of industry veteran, David Doyle, as Vice President of Sales and Marketing. He joins the company from MEMS innovator, Baolab Microsystems where he was CEO, and his previous experience includes executive management positions at ARC International and Motorola Semiconductor amongst others.

Guillaume d'Eyssautier, DelfMEMS CEO, said, “We are delighted that David is joining our team. We are at a key stage in the growth of the company as we move closer to completing our initial RF-MEMS switch products and freezing our production process. In the past 2 years, DeflMEMS has enjoyed an increasing level of active interest from the mobile communications industry. His many years of experience and contacts will be invaluable in spreading the message about our RF Switching technology and rapidly building our sales.”

David Doyle added, “There has been a lot of publicity about the potential of RF-MEMS switching but DelfMEMS is one of the very few companies able to actually demonstrate the sorts of performance that is necessary for the next generation and beyond of handsets. It is a challenging marketplace but DelfMEMS has the solution that everyone has been waiting for.”

DelfMEMS will be on Booth 245 at the International Microwave Symposium, Tampa Bay, Florida, USA (1-6 June 2014). 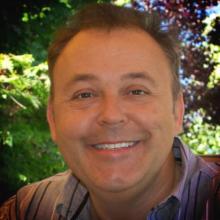 We are looking for enthusiastic people who want to take part of the next technology revolution, who like to work in a young, collaborative and multicultural environment where each one brings his expertise to the group.